Heathcote Waratah Football Club is a family friendly club. Our mission is to foster and develop Soccer in the Heathcote District with the specific aim of promoting good citizenship and sportsmanship.

HEATHCOTE JUNIOR SOCCER FOOTBALL CLUB 1962 -2002 Life Members In 1962, a group of men in Heathcote decided to form a Junior Soccer Club. Knowing very little about the procedures, they enlisted the help of Mr Alex Versigi from Engadine and on the 19th July 1962 a meeting was held in the old Church Hall, Boronia Grove, Heathcote. The inaugural committee was formed and included the following people.

The Club Patron was Mr H Lynch (Publican of Engadine Hotel) Bank Balance was Thirty-Nine Pounds Eleven Shillings and Four Pence. The Executive Committee approached the Sutherland Shire Junior Soccer Football Association and requested the Heathcote Club be affiliated to the Association. Only one Cronulla Club protested at our admission because they did not want the long drive to Heathcote to play soccer. Our Club was accepted and Heathcote Waratah Junior Soccer Football Club was born.

Sutherland Shire Council gave the people of Heathcote a block of rocky bush ground for a soccer pitch at Heathcote Oval where an Australian Rules ground was already established. What a mammoth task these men faced!

The wives of the Club members made our unique shirts of red and green quarters. In those early days our home grounds were at Waterfall Oval with alternating weeks on the Hawks Australian Rules grounds at Heathcote, where we had to erect and remove the soccer goal posts before and after the games. We also used Preston Park at Engadine for a couple of seasons. Our kiosk was a small tent, which sold hot drinks, lollies etc plus home made soup. An enthusiastic Mum made a big pot of soup every Saturday and it was the best thing on a cold morning.

One Coach, who did not have a car, transported his team by train to the away games. He could be seen marching down the road from the nearest station to the ground, followed by the crocodile formation of his team with the half time oranges swinging in a bag attached to his belt.

The secretary’s son attacked the rocky ground; he towed an old bedspring weighed down with children up and down the pitch to break up most of the rocks. Players then went around the ground picking up the broken rocks and putting them in buckets. The old bedspring was then used to sift the remaining rocks out of the soil. Before they could plant grass, water had to be run to the ground. A quote of 500 pounds was beyond their means, but not to be out done, they set to and dug a trench approx 300 metres long, through the heavy clay and rocky ground and with the help of a plumber they laid the water pipes to the soccer pitch. Not long after, the Shire Council came along and gave the Club a load of topsoil and laid water pipes themselves. Now all they had to do was get grass runners from everyone’s gardens to perfect their pitch.

The Equipment officer insisted that his three sons dismantle the goal posts at the end of each season and drag them across the railway line and then the highway to store them under his house in case they got stolen. The obvious difficulties they encountered was too much for the boys, so one year they just hid them in the bush. No one found them but that summer we had dreadful bush fires and the goal posts were incinerated. The Equipment Officer was not impressed!

Our first team to succeed was an under nine team in 1964 who won the Minor and Grand Premiership – which was what the premiership was called in 1964. In 1969 our field was opened and the Club now had 14 teams with the Mums still making all their uniforms. 1970 was a very special year for HWJSFC as we won the Gala Day March Past. It was with great pride we accepted the Shield because we were still wearing our home made shirts. It wasn’t until 1971 that the Club could afford to buy new uniforms.

A brick kiosk was built by a Committeeman and was opened in 1971. The canteen workers thought that it was pure luxury. Since then we have moved on to bigger and better things and in 1980 our present Clubhouse was built with a change room and showers.

Our 25th Anniversary was celebrated with a Debutantes Ball in 1987. The Debutantes were presented to the then Federal Member for Hughes, Mr Robert Tickner. This night was a huge success and we were all amazed how glamorous the muddy male and female soccer players looked in evening dress. This event took an incredible amount of hard work organising and fund raising, but it was worthwhile with 250 people attending.

2002 was our 40th Anniversary and we celebrated it with a memorabilia night. We did not realise just how much the Club meant to Heathcote people. Photos of the very first teams, the first life members jacket, a players premiership jacket from 1968, Club newsletters from 1978 to 1989, even the old kerosene stove we used at Waterfall were offered for display. We were honoured to have our first President, Mr Alex Versegi attend to tell us of the difficulties our Club founders went though to get our great Club up and running.

In 2000 the Federal Government introduced ‘The Sports Award’ and HWJSFC was proud to receive three of these awards signed by the Governor General – Sir William Dean and by the Prime Minister Mr John Howard. The successful nominees were Ian Barnes – Stuart McNaughton – Wayne Pollard

The year 2001, the Year of the Volunteer, 11 members of our Club received awards from Federal Minister Dana Vale. The Leadership Volunteer Awards went to Karl DuToit, Christopher Watson, Paul Watson, Harry Tafernor, Fiona Pollard, Steven Barnes, Benjamin Wentworth Perry, Joshua Nelson, Blake Miranda, Benjamin Stewart , Nathan Olsen The Club has awarded 25 Life Memberships. These are made up of long serving committee persons as well as players who have played 30 years or more with the club.

The HWJSC, which was founded in 1962 to promote soccer, has been more than a soccer club to the community. When Heathcote began to expand in the late 1960′s, the Club organised many social fund raising functions and people made friends through their children’s soccer teams. These friendships are still going strong today. From the original 3 teams to the 20 plus teams registered nowadays, Heathcote has never lost its small Club attributes – everyone will pitch in to help. We thank our founders for their physical, mental and financial achievements and we hope that they would be proud of us keeping the Club spirit alive today. 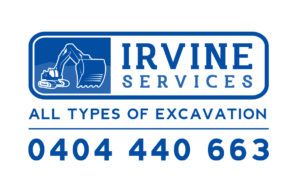